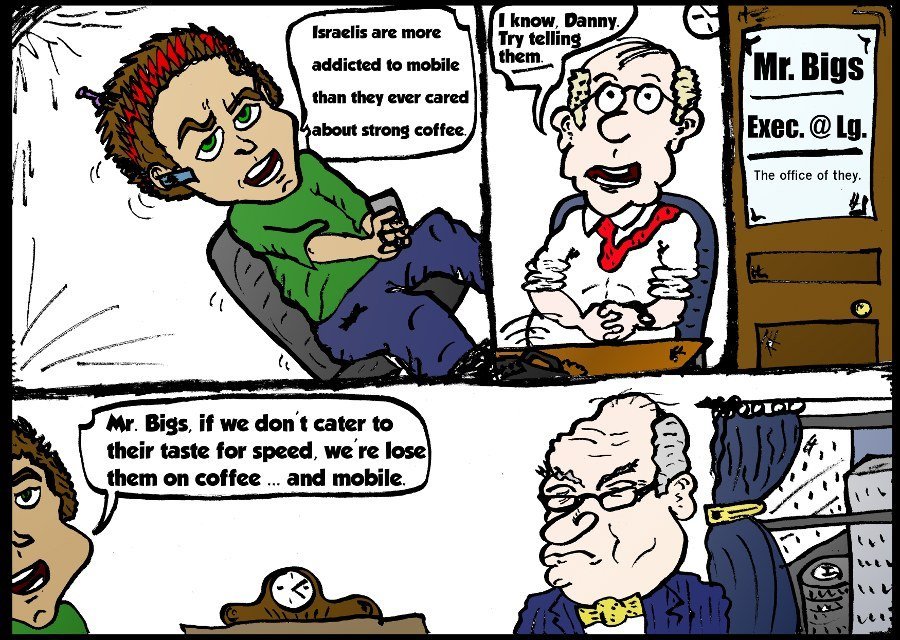 Not Quite The Speed of Light

What Israelis expect, and what they get in reality

Israelis love speed. They love to talk fast, drive fast, and surf the web fast. And they love to do it all while their heartbeat is racing on strong doses of black mud coffee. The problem is that only the first item on that list of the big four speed factors is actually controlled by the speed thrill-seekers, who dwell on the West Coast of the Middle East. They can talk fast, without any outside assistance.

But when it comes to speeding down the road, they have to deal with traffic and other on-road congestion.

When it comes to cruising on the Internetz, Israelis live in a very hi-tech nation … held back by monstrous capacity limits. Apparently bits and bytes cost more on the sandy shores of the Holy Land, than they do in France, South Korea or the United States. And the reason for that bandwidth traffic jam? Other than adult material, you can (and should) blame the telecoms, who simply refuse to fix the problem, which is incredibly fixable, and at a relatively negligible price. But try getting those greedy oligarchs to pay to improve the people’s pathways to faster access to information. To the richest of the rich, the very idea of giving people faster access to knowledge is blasphemy. Why, it would be like letting the peasants have the keys to the kingdom. Perish the equitable thought!

And of course, when it comes to coffee … sure, Israelis can choose and decide which brand of packaged caffeine to consume, and how much of it to slurp down on any given day. The trouble is, few of them bother to read the packaging, and so they actually depend on the coffee maker to decide for them. How about a couple of sugar cubes for your liquid speed fix?

As it is, this cartoon’s draft was rejected by a very mainstream hi-tech startup and was later syndicated on the cartoonist’s illustrated column in the Times of Israel website.

Previously: Israel Has Waze Of Dealing With Bad Information

Top 3 Reasons Google Bought SlickLogin That Will Change Your Life