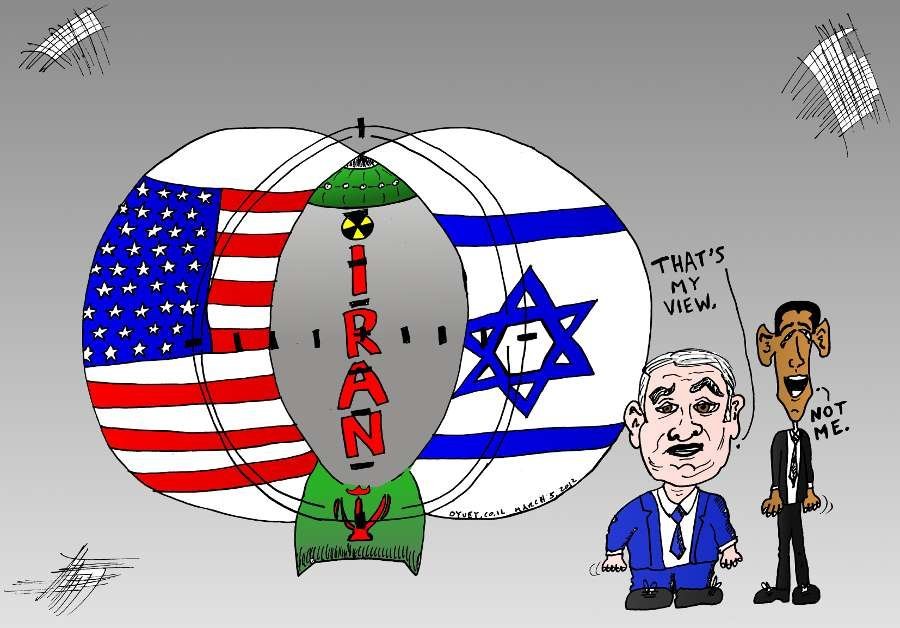 The Hebrew Calendar year is 5772. It’s Purim time again and once again, Persia, currently called the Islamic Republic of Iran, is threatening the existence of the Jewish people … and everyone else who lives in Israel, for that matter.

And like clockwork, the AIPAC meeting in Washington, DC was visited by the Prime Minister of Israel, and various American leaders, including the Republican candidates vying for the President’s job.

To boot, Prime Minister Netanyahu met with President Obama, to discuss the ongoing and increasing nuclear threats from Tehran.

Laughzilla read all about it and decided it was time to present this clear illustration of the ties that bond the American and Israeli allies, in the form of a Venn Diagram, with commentaries from Bibi and Barack on the side.

Well, if you’ve read the book of Esther, the whole Megilah, and you’ve partied in customary fashion “Ad Lo Yeda”, then you deserve some more laughs. Get some by owning your very own copy of Themes Memes and Laser Beams by Laughzilla for The Daily Dose editorial cartoon book series.