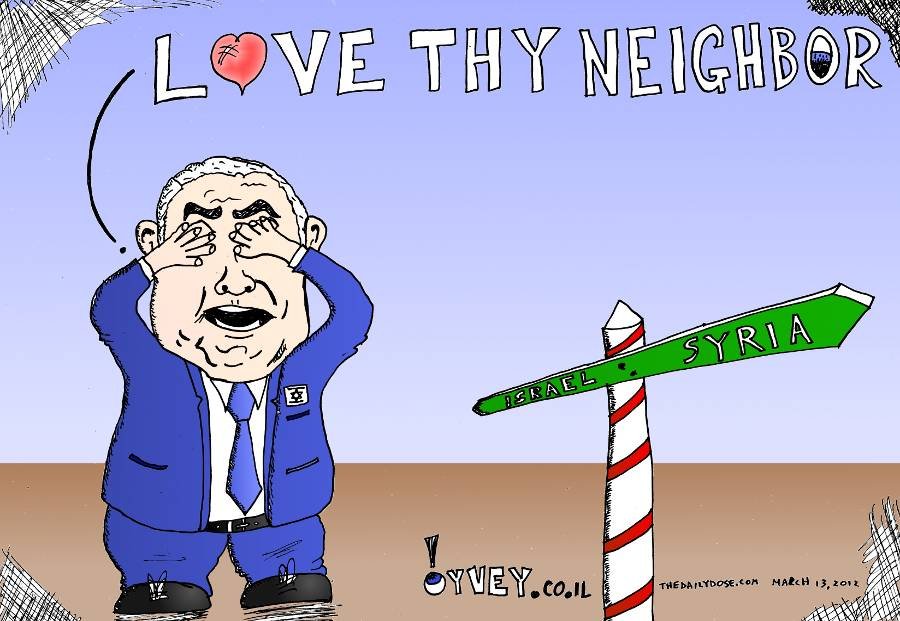 In March, 2012, Bashar al-Assad’s massacre of the Syrian demonstrators against his brutal dictatorship, was causing dozens of dead civilians on almost a daily basis, including many old women and men, children, and even newborn babies in wholesale slaughters by the Syrian armed forces.

OyZilla thought it was high time to illustrate the Israeli government’s position of non-support for the opposition forces in Syria. And so this cartoon was borne unto the Interwebz, provoking poignant perspective ever since.

Asked about his choice of words for the political cartoon, OyZilla told OyVey.co.il editors that the biblical expression “Love Thy Neighbor” seemed most appropriate for the context of the illustration.

If you want to see more than the Prime Minister of Israel, pick up a copy of Themes Memes and Laser Beams by Laughzilla for The Daily Dose editorial cartoon book series.