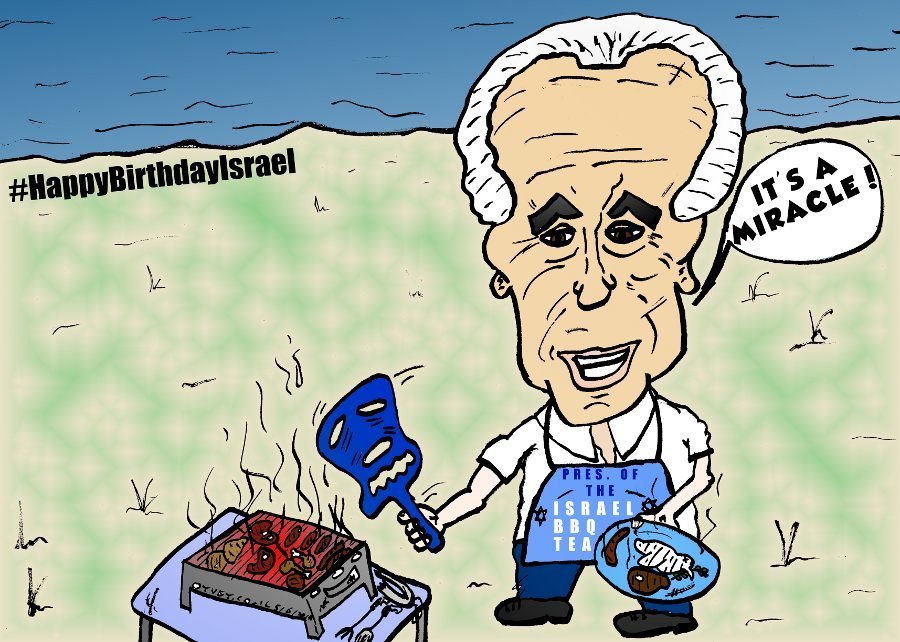 aka: How Israelis celebrate their right to Life, Liberty and the pursuit of barbecue

In Israel, Yom Ha’Atzmaut, the Hebrew name for Independence Day, means a lot of different things to just about everyone you speak with.

To cows, sheep and chicken, it mainly means a lot of dying and feeding hungry meat-eaters.

To everyone else, it’s somehow an excuse to accuse the Jewish state of horrendous bloodlettings … of tasty animals.

For President Shimon Peres, it’s another reason to give thanks to God, that despite the most recent failure by John Kerry’s attempt at MidEast peace talks, he can still find the supermarkets in Jerusalem stocked with Heinz barbecue sauce.