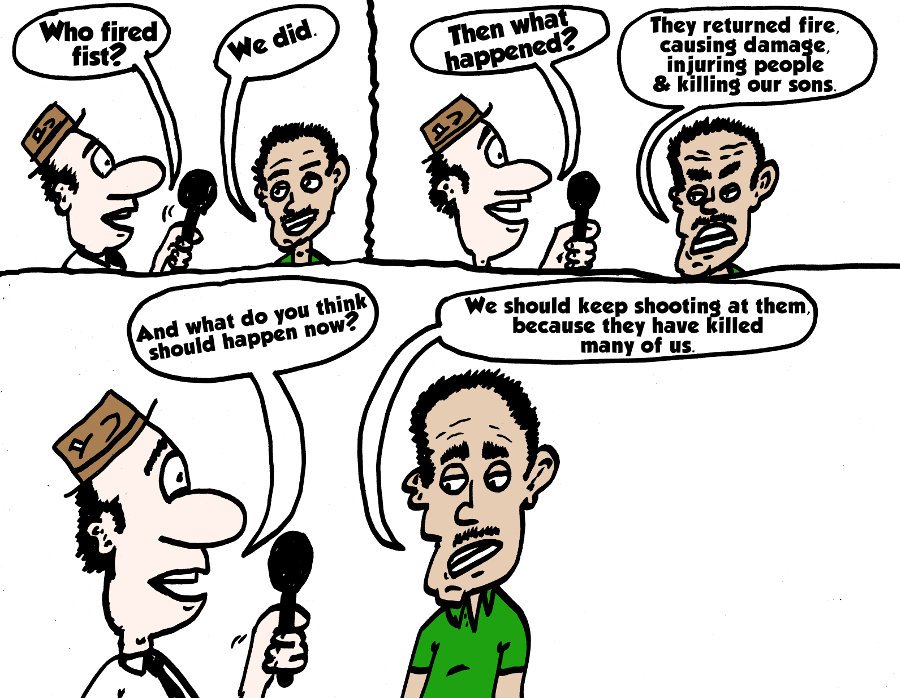 Another view of the Summer Rocket War of 2014

Over the past 5 days, there had been a relative quiet, albeit a tense one, on the border between Gaza and Israel. Negotiators were talking in Cairo. The guns fell silent.

After the fifth day, the sides agreed to talk for a further 24 hours. The optimists were hopeful.

On day six, the poor, struggling people of Gaza, led “democratically” by the Hamas and other insane terrorist groups, once again brilliantly decided that the best way to achieve peace, was through attacking Israel with more rockets, unprompted by anything except their own violent genocidal lunacy that they call logic.

Of course, Hamas realizes it can not defeat Israel militarily at the moment. So they do the next best thing they can think of … apparently because they can’t think of much good. They decide that to have more of their people killed by Israel in retaliatory shelling is better than to be seen as weak by their own people.

You gotta hand it to Hamas’ political chief Khaled Mashaal and the leaders of its armed wing in Gaza. They sure know how to write a playbook that the Western media and other useful fools fawn over.

If only it didn’t cost so many lives and so much damage, it might even be funny as a comedy sketch. Something along the lines of “How to prove your loss and convince the ignorami that this means you won.”