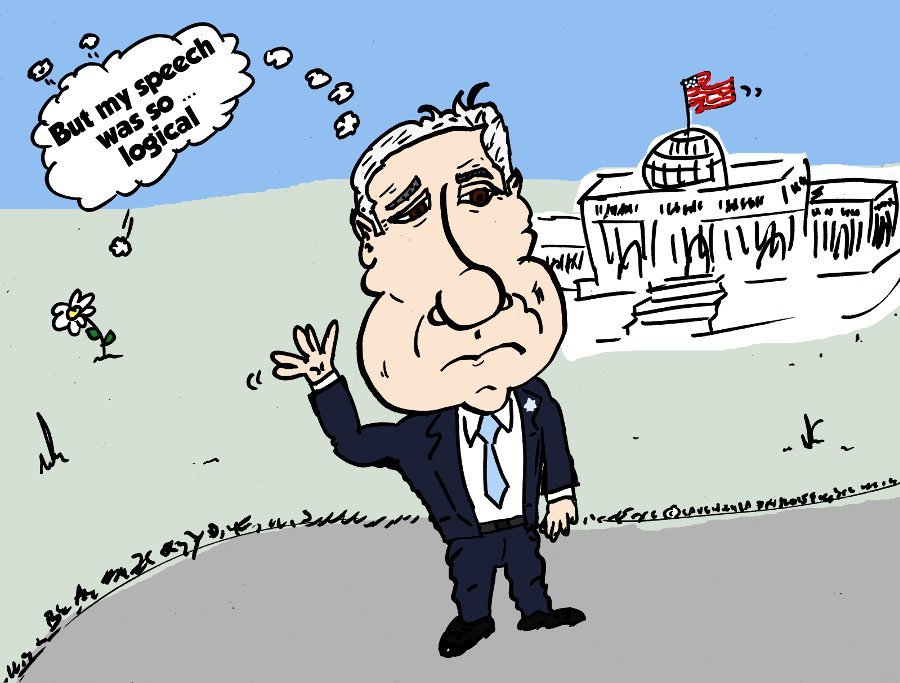 What the Netanyahu speech clarified

A different perspective on the speech that was not so boycotted

When a small number of Congressional Democrats boycotted Israeli Prime Minister Benjamin “Bibi” Netanyahu’s third speech before Congress, it proved that the disconnect between their politics and reality was more sideshow than sagacity.

Bibi Netanyahu’s speech before Congress about the Iranian threat on the Eve of Purim, led some to ponder about the world’s current Haman, and why Jews don’t yet eat his ears.

Jon Stewart, host of The Daily Show, gave a hilarious skewering review of Bibi’s speech before Congress. Of course, Jon is a comedian, and not a real reporter. So, you know, his supposed facts are not checked, and his reports are not fully through through.

Nancy Pelosi’s response to Bibi’s speech in the US House of Representatives was to state that the Israeli PM’s message was insulting to Americans. Considering that a not insignificant number of American citizens can not find the United States on a map, it’s likely that none of those most likely to be offended, understood the slights.

When President Obama replied that Bibi’s speech was nothing new, and that the Israeli Prime Minister had not offered a better alternative, what the POTUS proved was that his legal mind prefers to ink a bad deal with Iran over its nukes, rather than sit one more moment without getting his lawyer friends some more of that fat gov’t cash.

When Bibi came to Washington to warn yet again about the impending threat of atomic doom for his country and many others, even the Saudis applauded his cautionary words, which is why 9/11 conspiracy theorists and their friends in the White House could not.

Proof that the relationship between Barack and Bibi is tense: They’re polite to each other in public.

Whenever Iran does admit that its purpose for nuclear technology is in fact to build an arsenal of weapons, Obama will finally have the justification he needs to lionize Bibi Netanyahu, and spin it into a tale of how he helped Netanyahu make his case on the matter.

If Israel does take out Iran’s nuclear reactors and stockpiles of weapons-grade material, it will be scorned, jeered, ridiculed, ignored and finally appreciated much in the same way Bibi’s warning to Congress will prove to be the song of a canary in a coal mine.